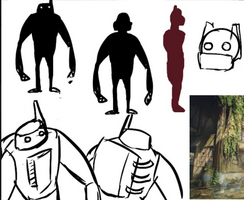 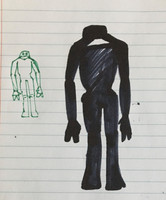 This was the first major week of development, as well as the first time the team was brought together so we had a lot to cover. Starting with the game jam on the 23rd, we made a simple level to convey the idea of taking away player mechanics. The video is included with this post, and shows the obstacles the player might encounter if the ability to move backwards is taken away from them.

Over the rest of the week, we sketched concept designs for the player robot, as well as a work-in-progress 3D model. We also composed a sample track that was used in the game jam, taking inspiration from the cinematic nature of games like Everybody’s Gone to the Rapture and The Last of Us. The repo for the game was created, as well as a spreadsheet of assets to be made and dev milestones.

Next week, we hope to implement movement as well as finalize the player model for use in Unity.

The creative brief, which provides an overview of the project, can be found here: https://docs.google.com/document/d/1ryfidZKON1WbnSFCVcX0bziz35PQ3pAMgoRrQhKuvrw/...